Gateway Anime a term used to describe anime that when watched has introduced people to a passionate love for this specific niche media form. As it grows more mainstream that is enters more o the public eye a new generation of potential anime fans are now looking into anime as a pastime/hobby/recreation activity. Especially during the 2020 period of the covid pandemic when entertainment was sought out by those who ended up homebound.

Nerd|Otaku and ZedAnime took some time in a recent Twitter Spaces to compile a list of anime that would be considered the best gateway anime. The top 4 by unanimous decision were Demon Slayer, Jujutsu Kaisen, Vinland Saga and Steins Gate I will give comment on the former 2 while Kiddtic gives comment on the later 2 so without further ado… 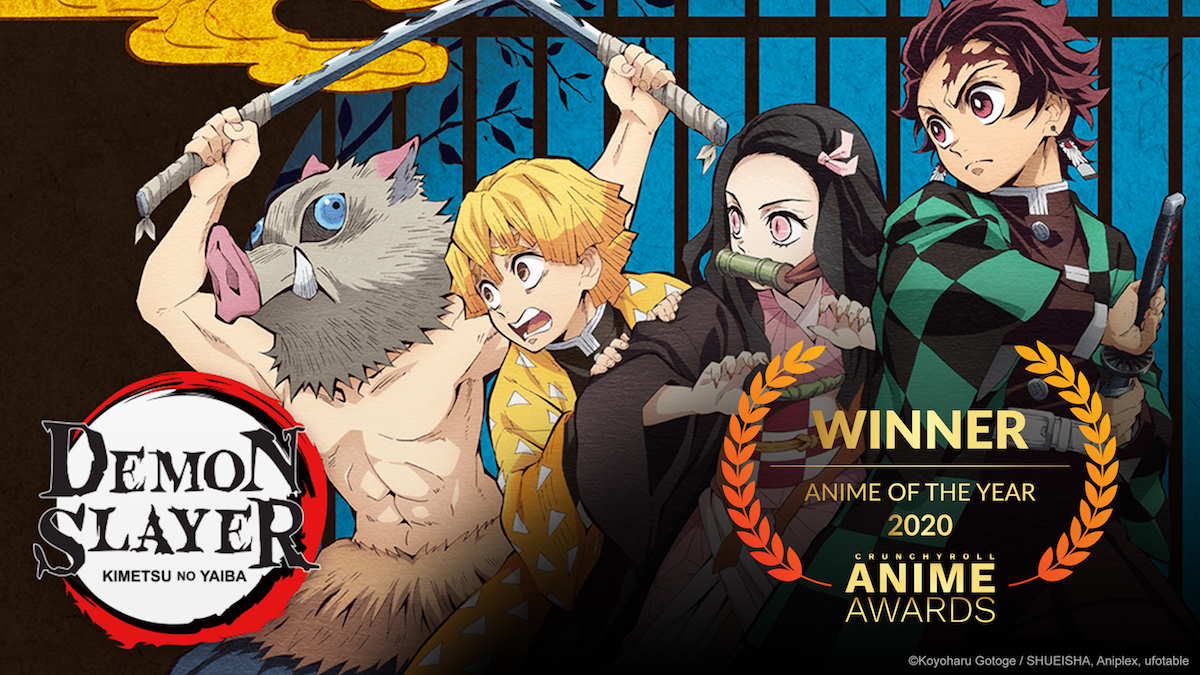 Ideally family is the strongest bond one is born into this world with. The saying “Like Family” emphasises this. You would do anything for family and they would do anything for you and this relatable sentiment is one of the driving forces of our protagonist. Kamado Tanjiro wants to return his only remaining blood relative, his sister Nezuko, to normal after his entire family was massacred and his sister turned into a man-eating monster.

The manga (comic) was created by Koyoharu Gotouge in 2016 and the anime (24 episodes) adapted by Studio Ufotable in 2019 with the Mugen Train movie adapted in 2020. The visuals are stunning and the story is easy to follow with humans battling superhuman monsters with only their strength of will and skill with a sword. A second anime series is scheduled for 2021. 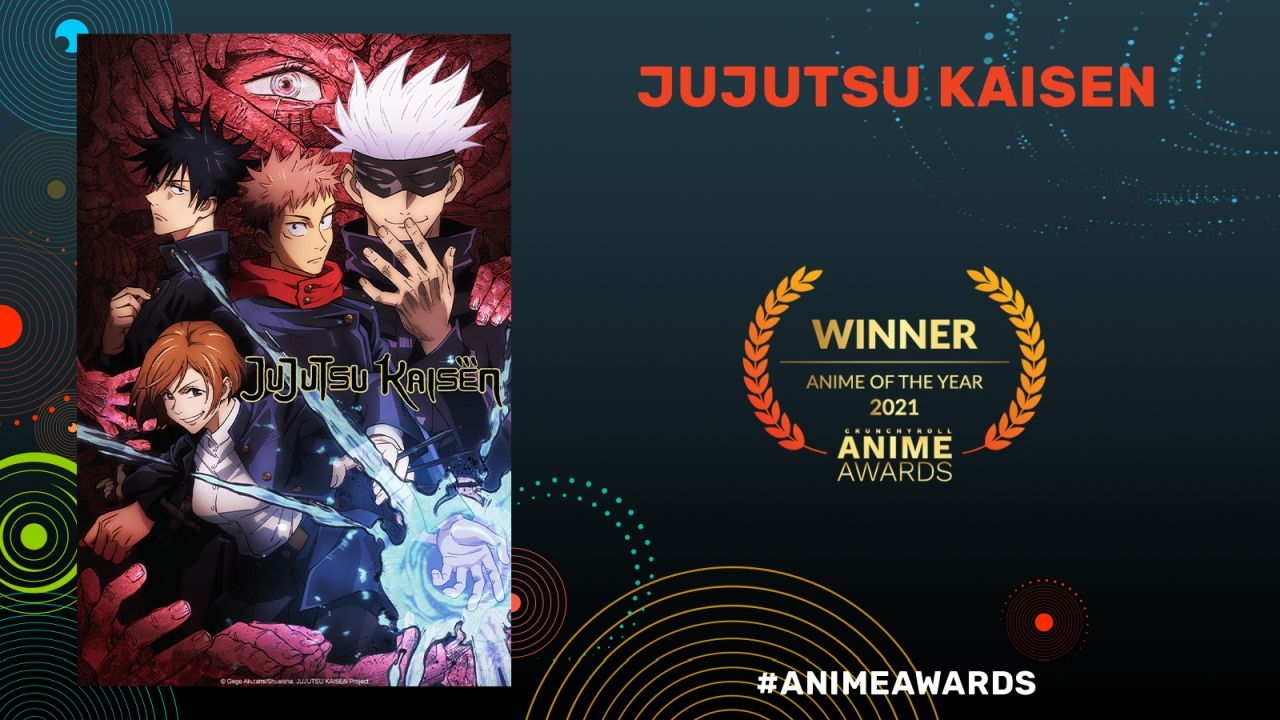 The words of someone you admire or respect, someone who you look up to have a way of influencing your thoughts and actions. This is what our protagonist, Yuji Itadori’s, grandfather was to him. The athletically gifted Yuji didn’t even join the athletic clubs at his school but instead joined the Occult club (a club that studies supernatural activities) as it gave him a lot of free time such that he could visit his grandfather in the hospital. On his deathbed Yuji’s grandfather left him with two messages “always help people” and “die surrounded by people” which Yuji took to heart. In a study gone horribly wrong the other members of the Occult club were involved in Yuji got taken in by the supernatural world. A world of negative emotions that create living curses that desire to bring harm to humanity and he is now at the centre of this conflict. In order to have no regrets as regrets can create powerful curses he combines his grandfathers words into one statement “everyone deserves a proper death”.

The manga (comic) was created by Gege Akutami in 2018 and the anime (24 episodes) adapted by Studio Mappa in 2020. An Action packed and thrilling story with stimulating visuals of Hand to Hand and Special Abilities clashing together. A great watch if you’re looking for something action packed with interesting characters.

Time travel stories are generally difficult to execute well, mix in some traditional otaku based tropes and you would be excused for assuming that, Steins;Gate is a shallow otaku based meme of the week show. Adapted from the visual novel written by Gen Urobuchi, Steins;Gate follows our protagonist Hyouin Kyouma as he attempts to stabilise the timeline and save not only the world but his childhood friend and lover too.

Steins Gate is gripping, thrilling and extremely suspenseful but it also has time to celebrate the various aspects of otaku culture along the way as well. 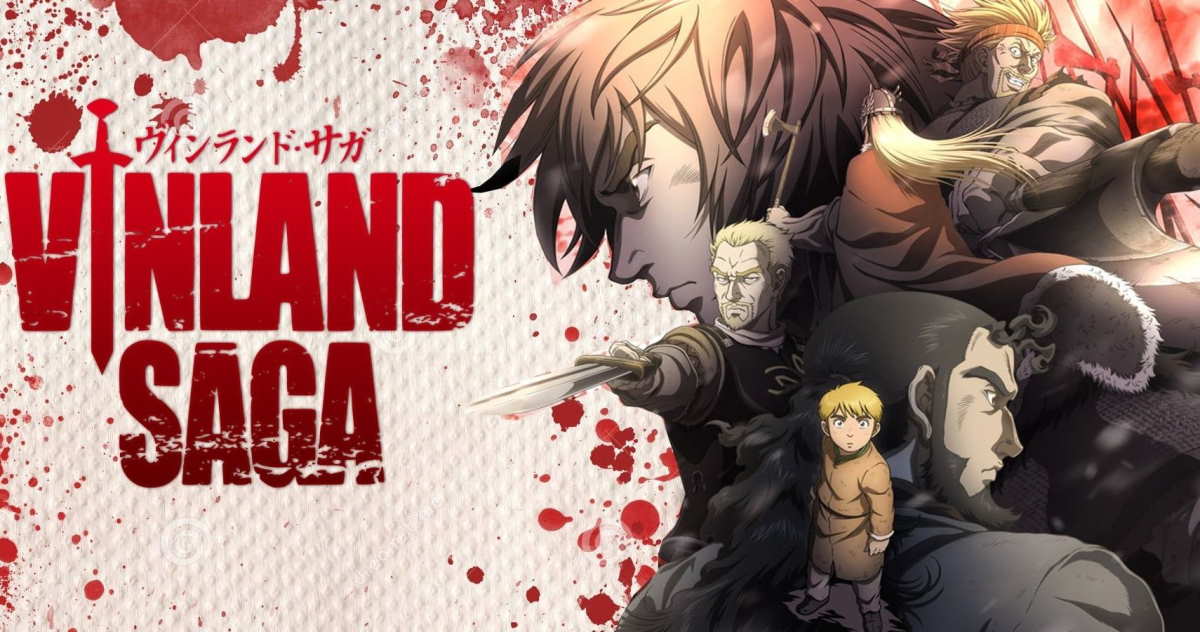 As the title suggests Vinland Saga is an 11th century epic set mostly in the Scandinavian region that follows a young man Thorfin on his journey for revenge against the man that killed his father and Legendary warrior Thors. This story is loosely based on historical characters so seeing how Makoto Yukimura adapted and transplanted these characters into his own complicated web of politics and violence is so fascinating to watch.

The anime is, as many manga readers may know only a Prologue to the entire franchise, but what a prologue! Taken on its own merits, Vinland Saga is one of the greatest action-adventure anime out there today. The story may be about Thorfin and his quest but the real star of the show is actually Askeladd, the man who killed Thors, and incidentally raises his son. It’s a complicated and beautiful dynamic that’s cause for some interesting drama and philosophical ramblings.

For those looking for different kinds of love stories from wholesome to taboo.

For when you want more than just a love story.

From Being transported to a fantasy world as another creature to flying through the sky in a giant robot.

From life in the countryside to University/College to taking on camping as a hobby to working life. The day to day lives of characters shown for you to enjoy.

For when you’re looking for more than just good fight scenes and more character driven stories.

Make sure to follow @ArtezanMage and @Zedanime_ on twitter for more updates and to join our online weeb community.